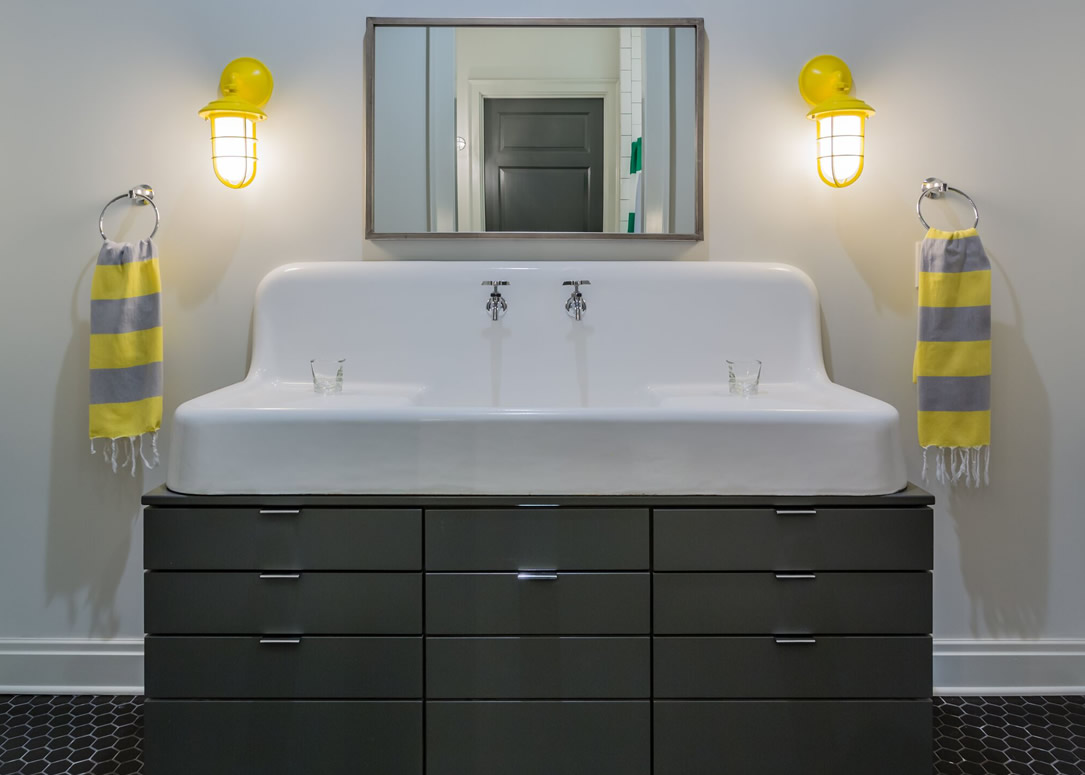 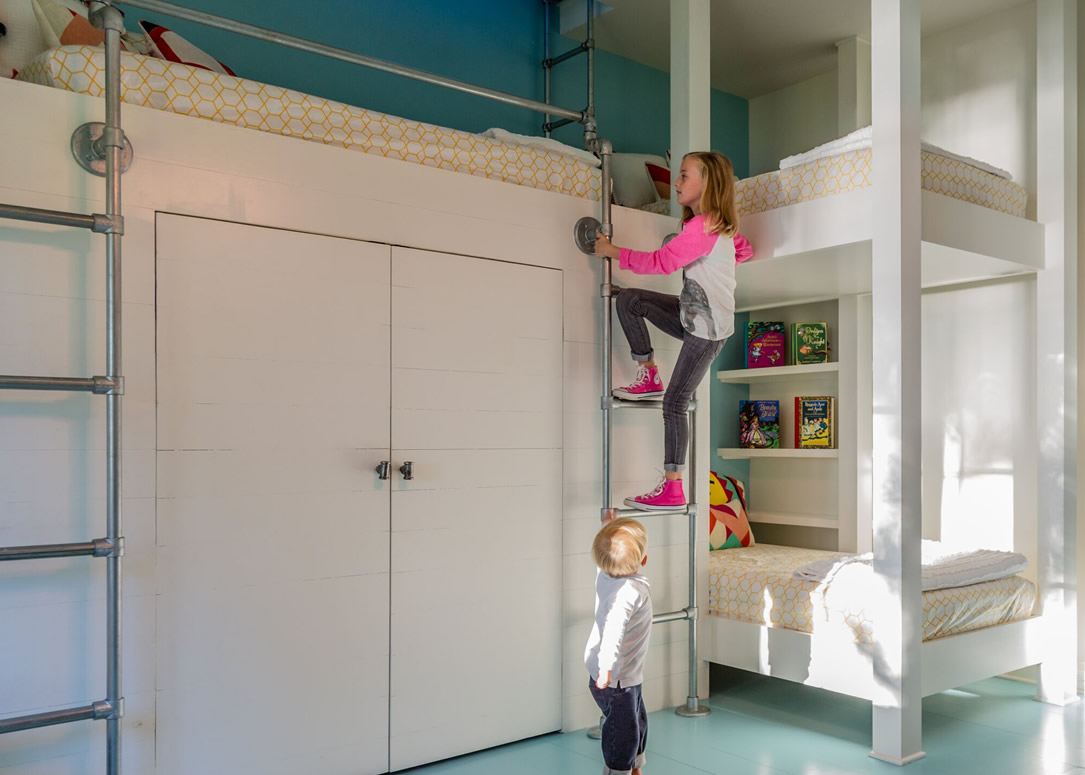 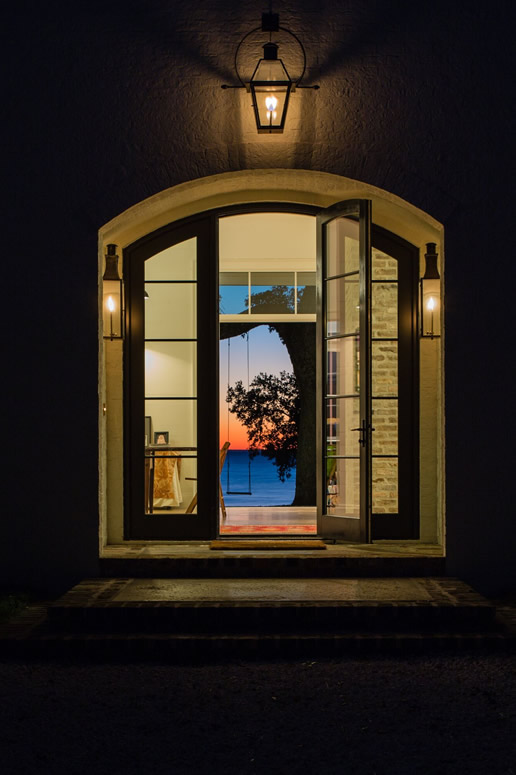 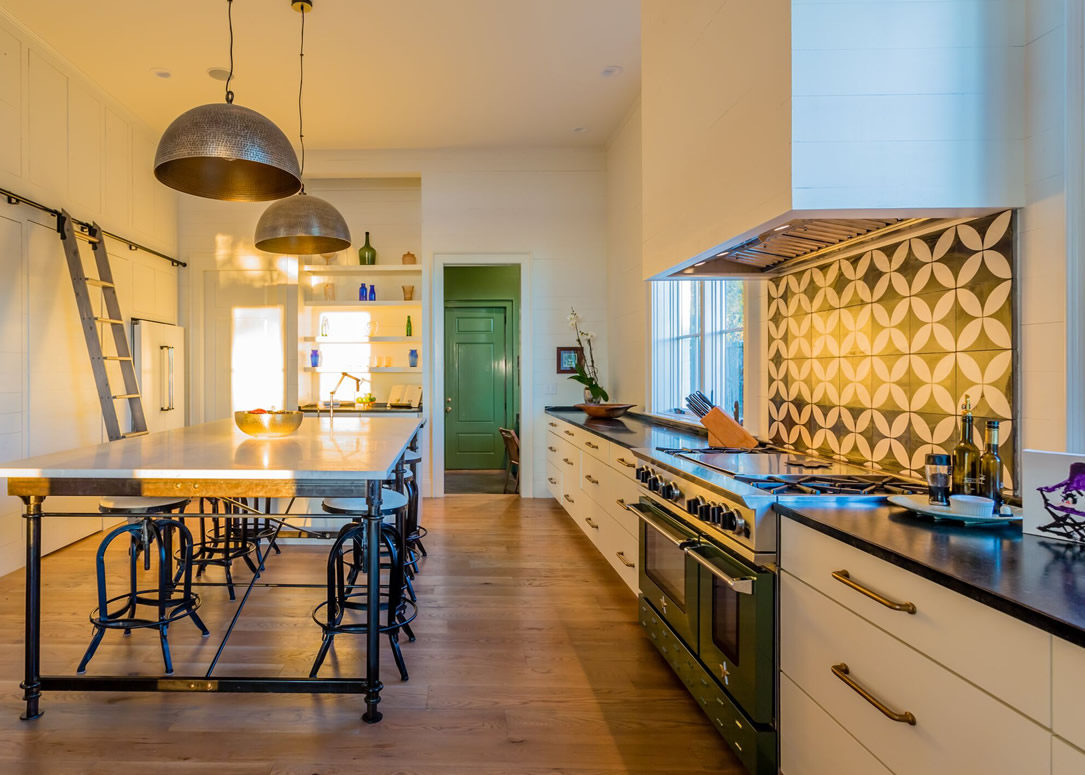 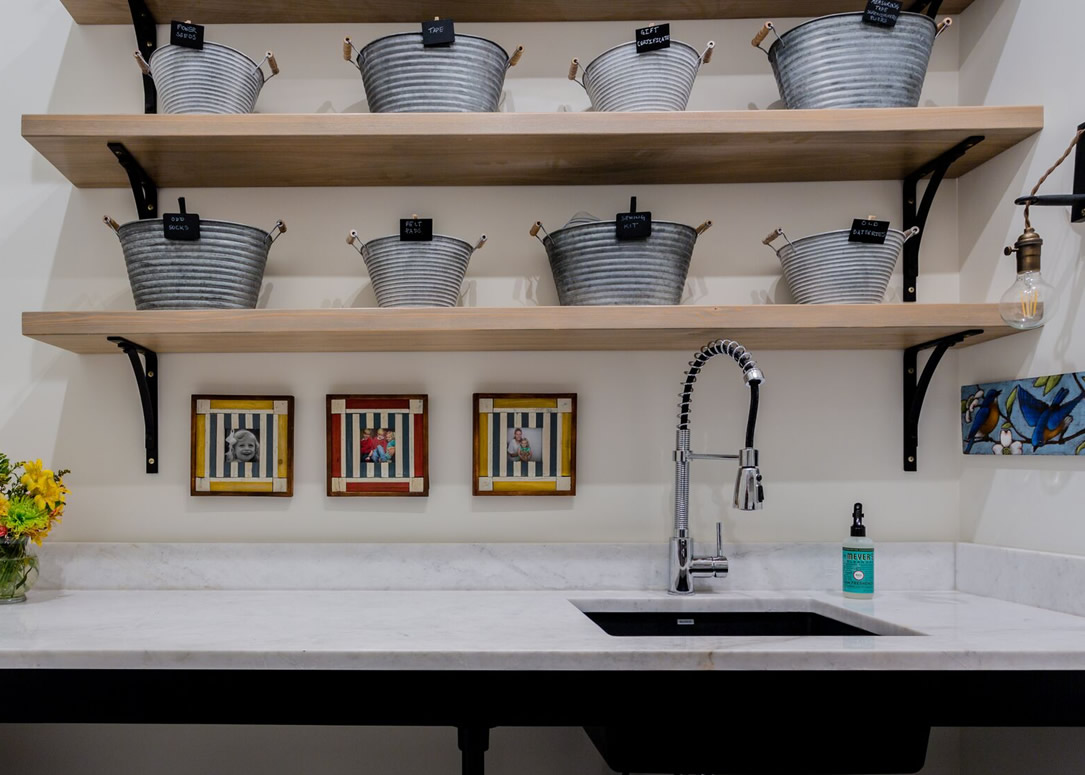 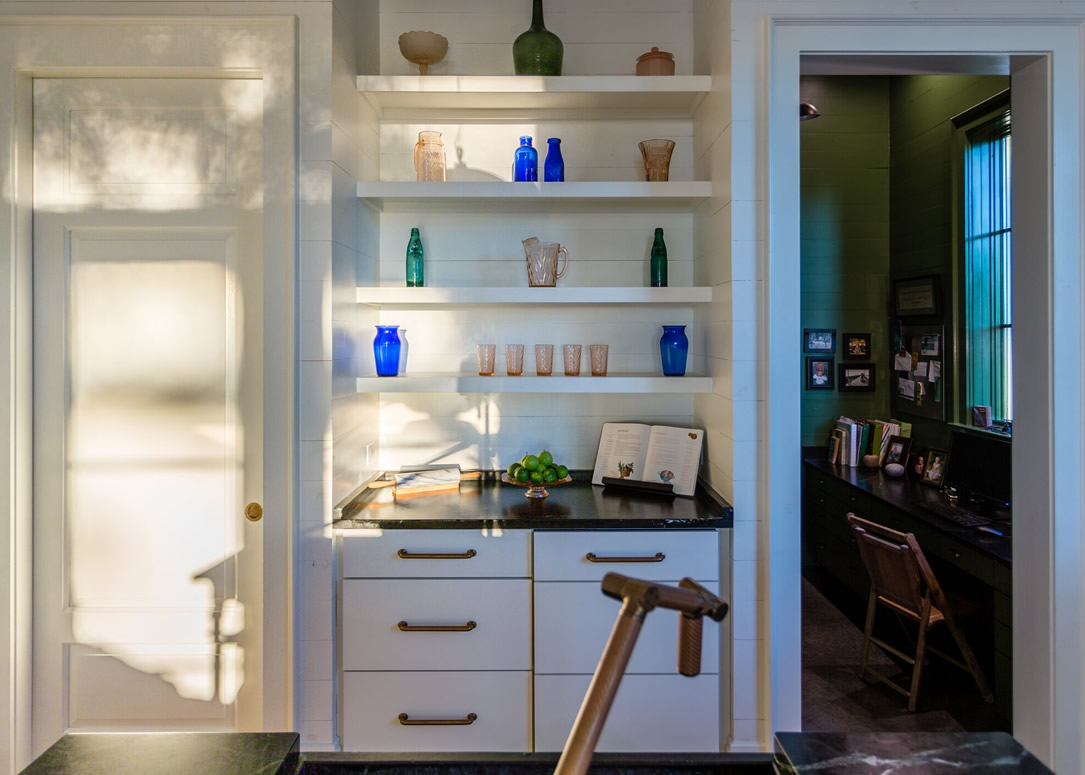 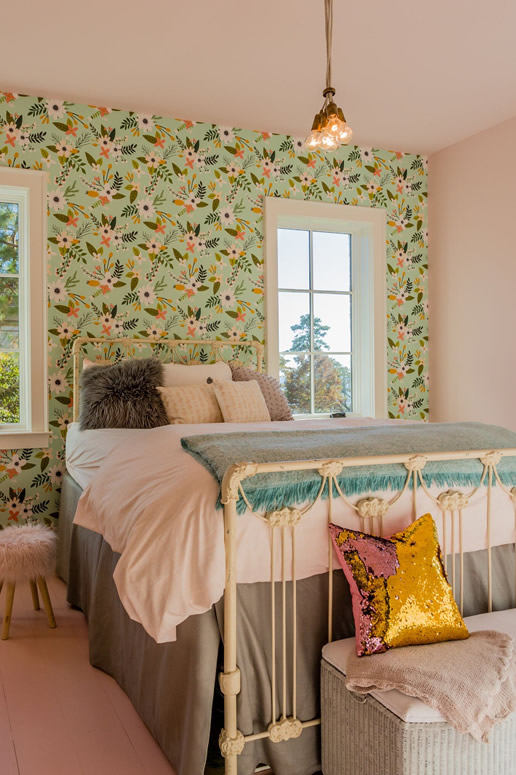 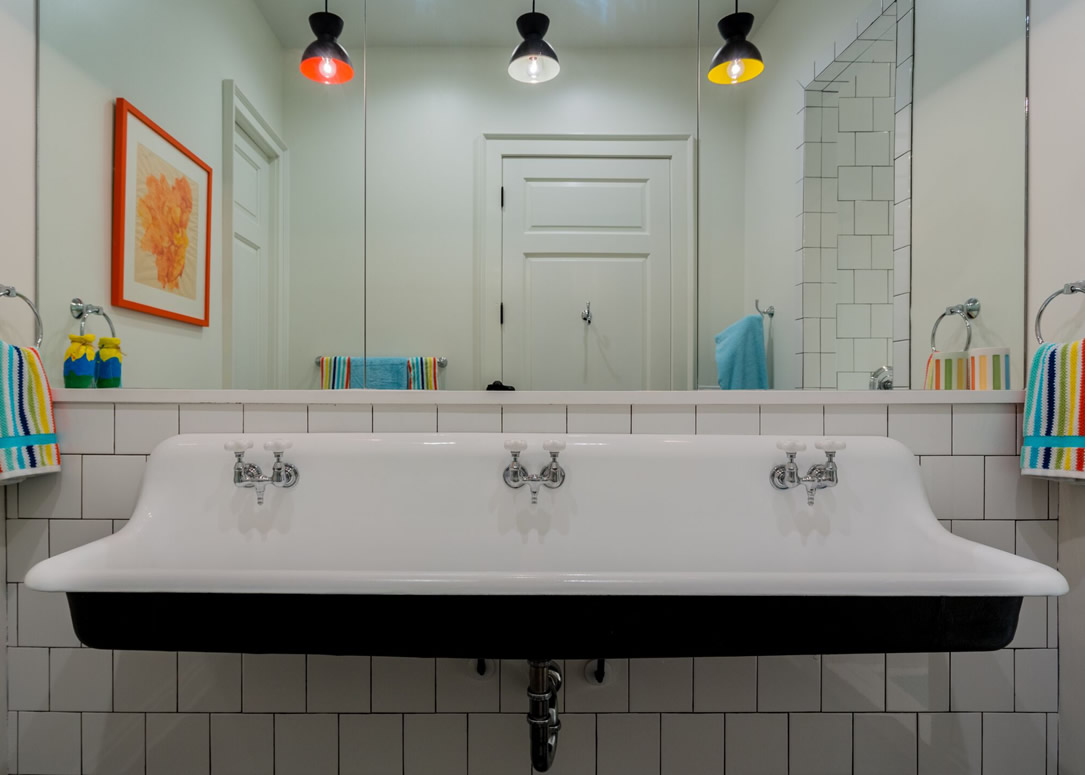 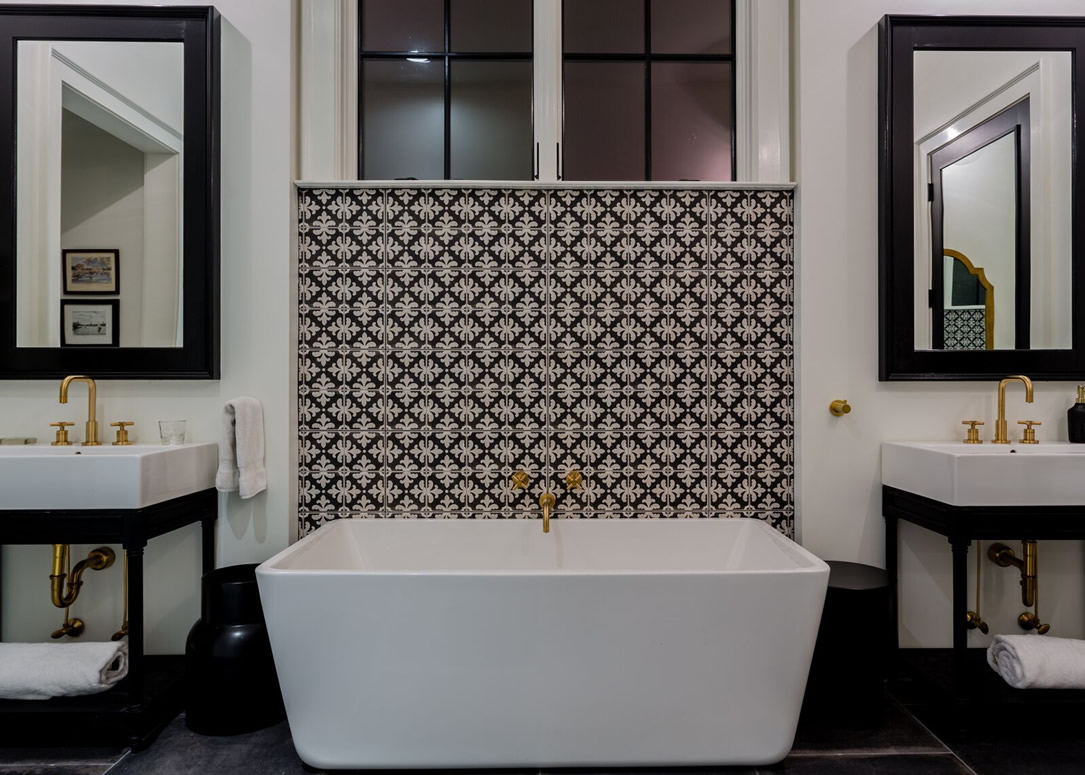 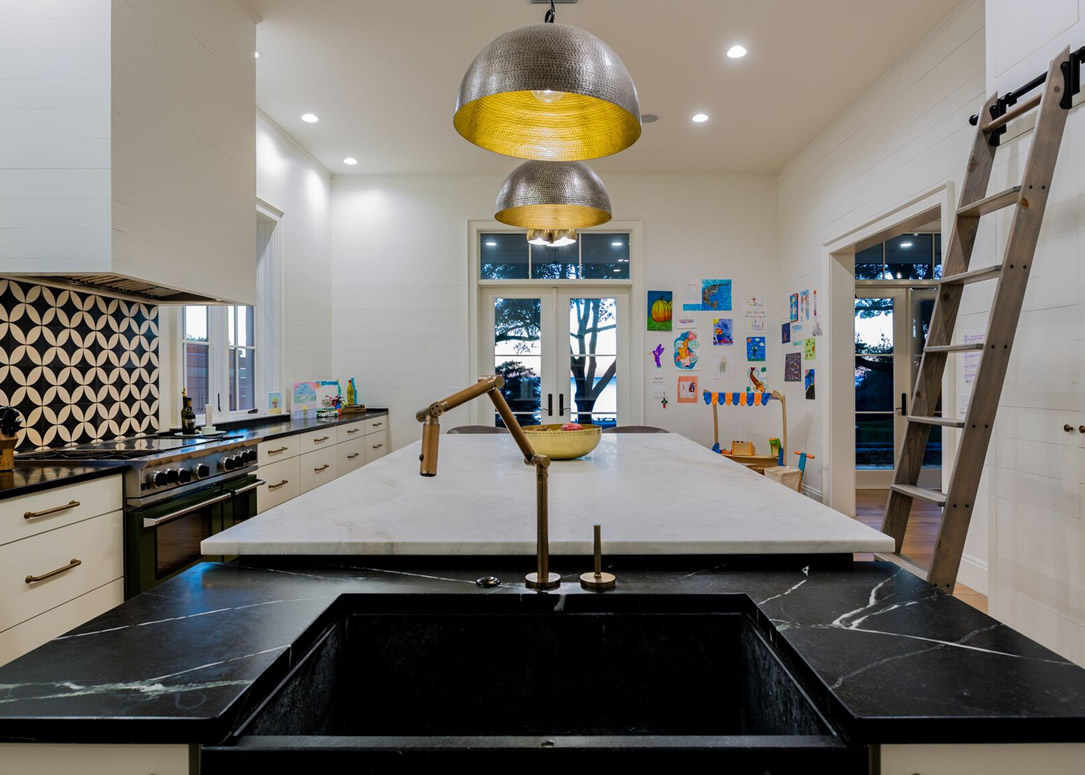 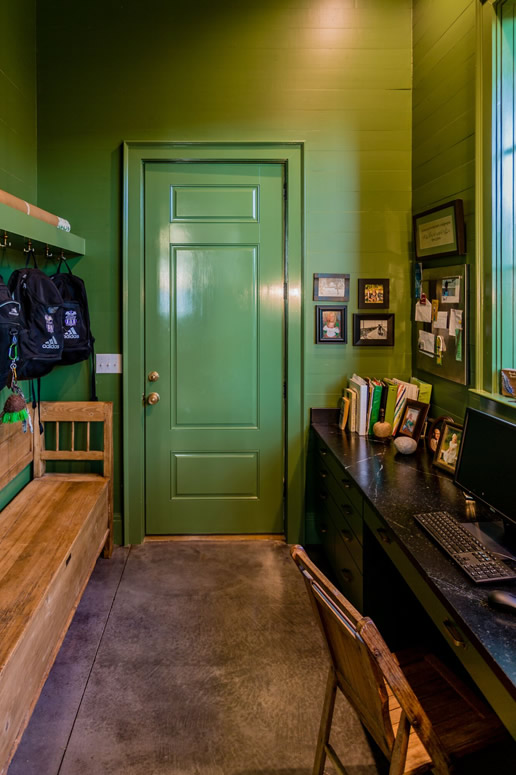 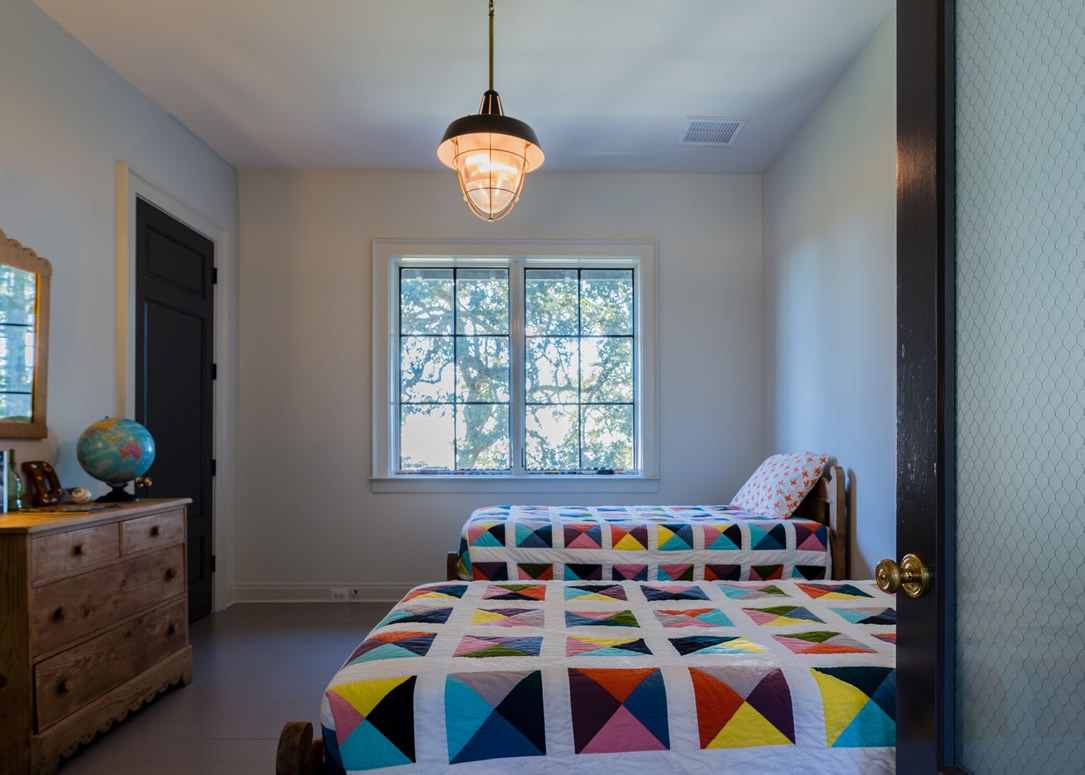 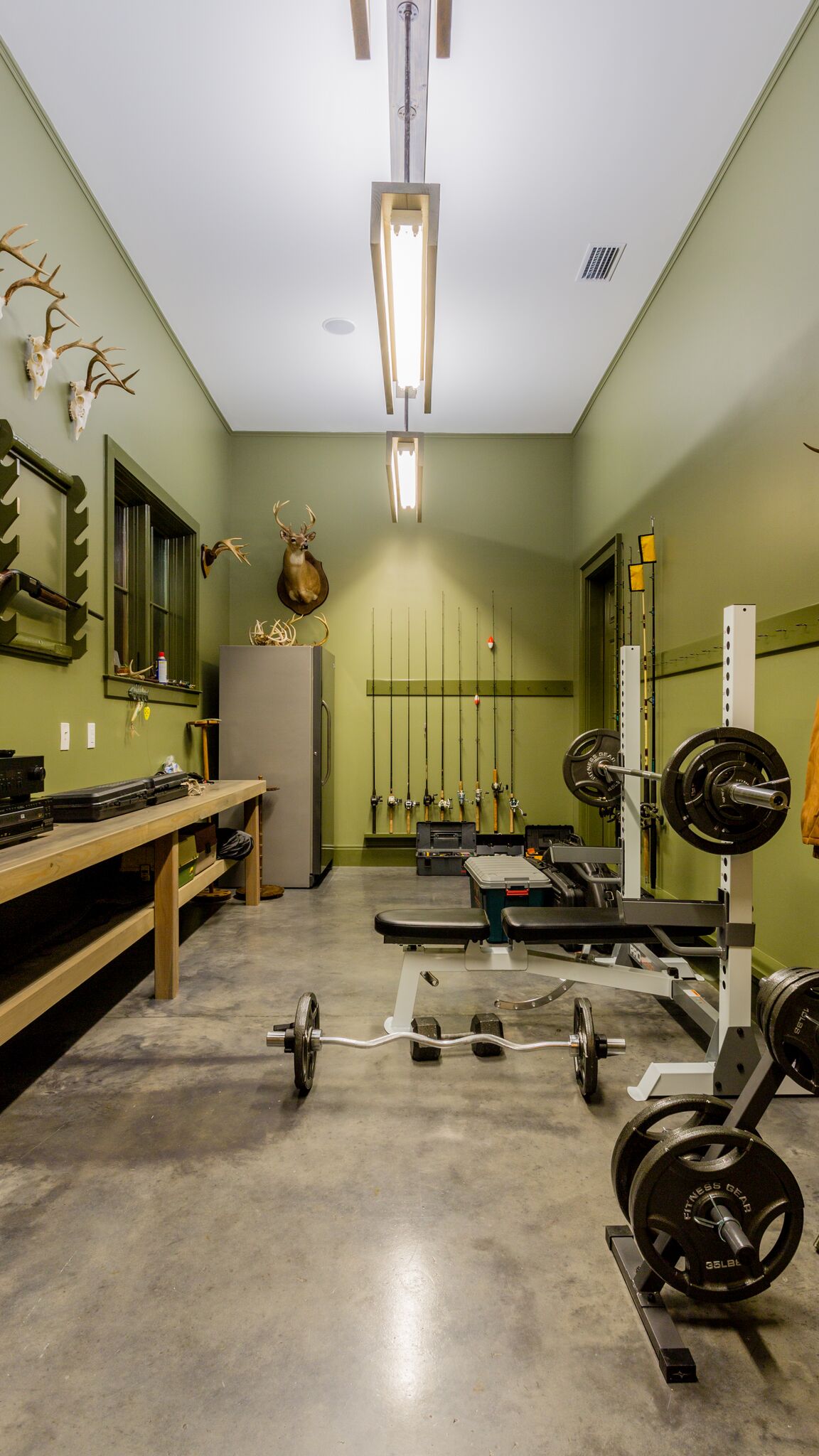 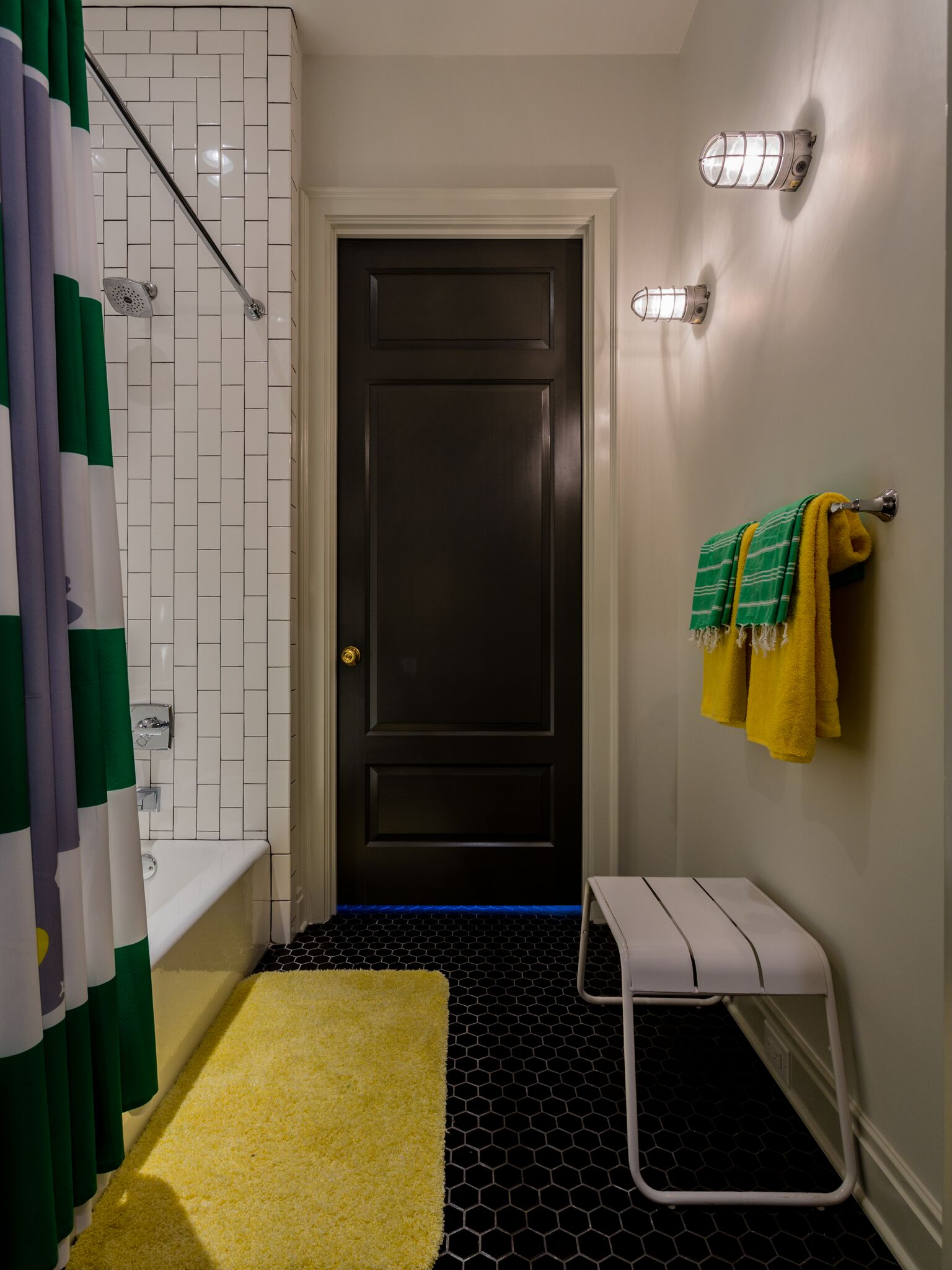 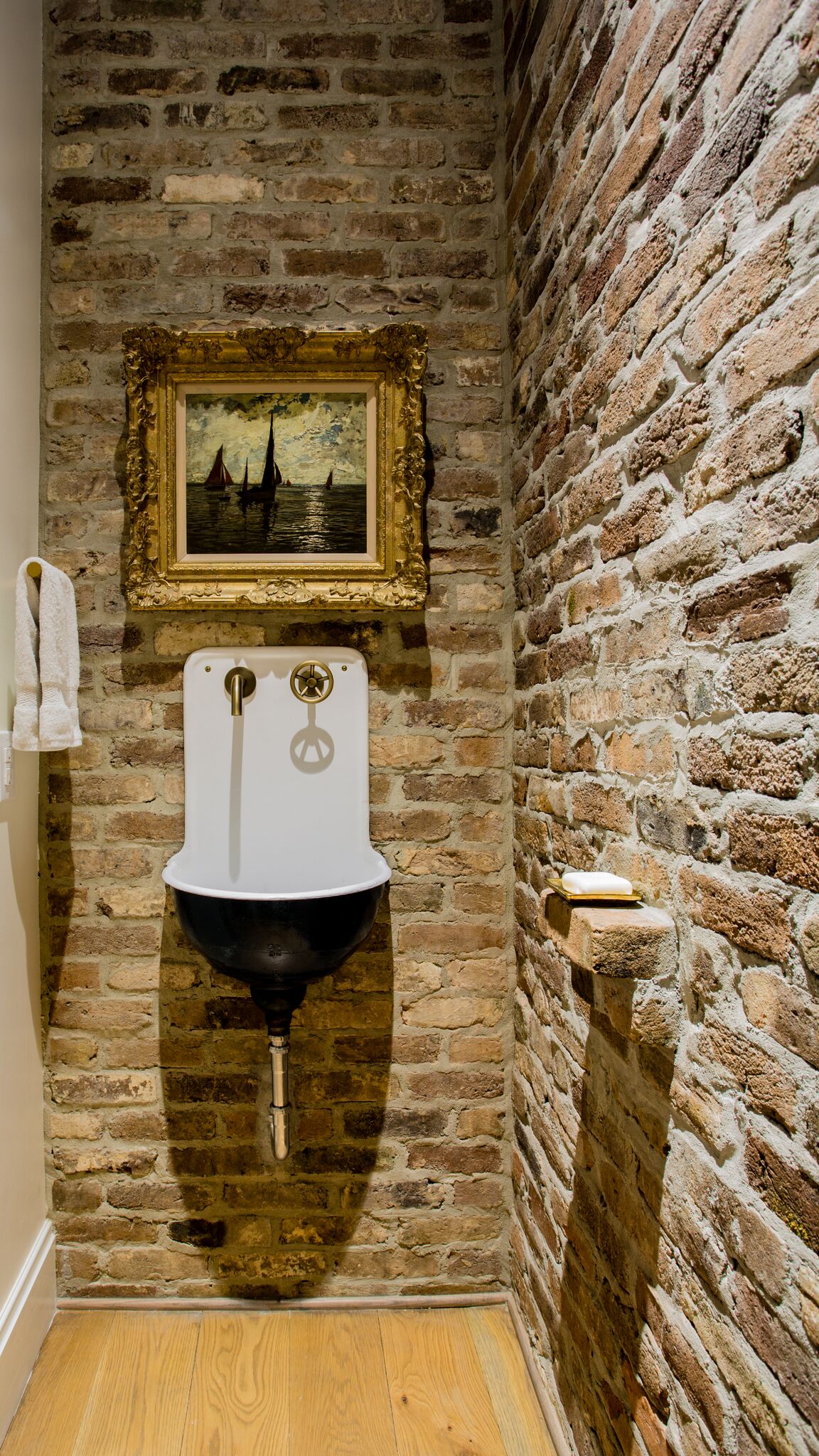 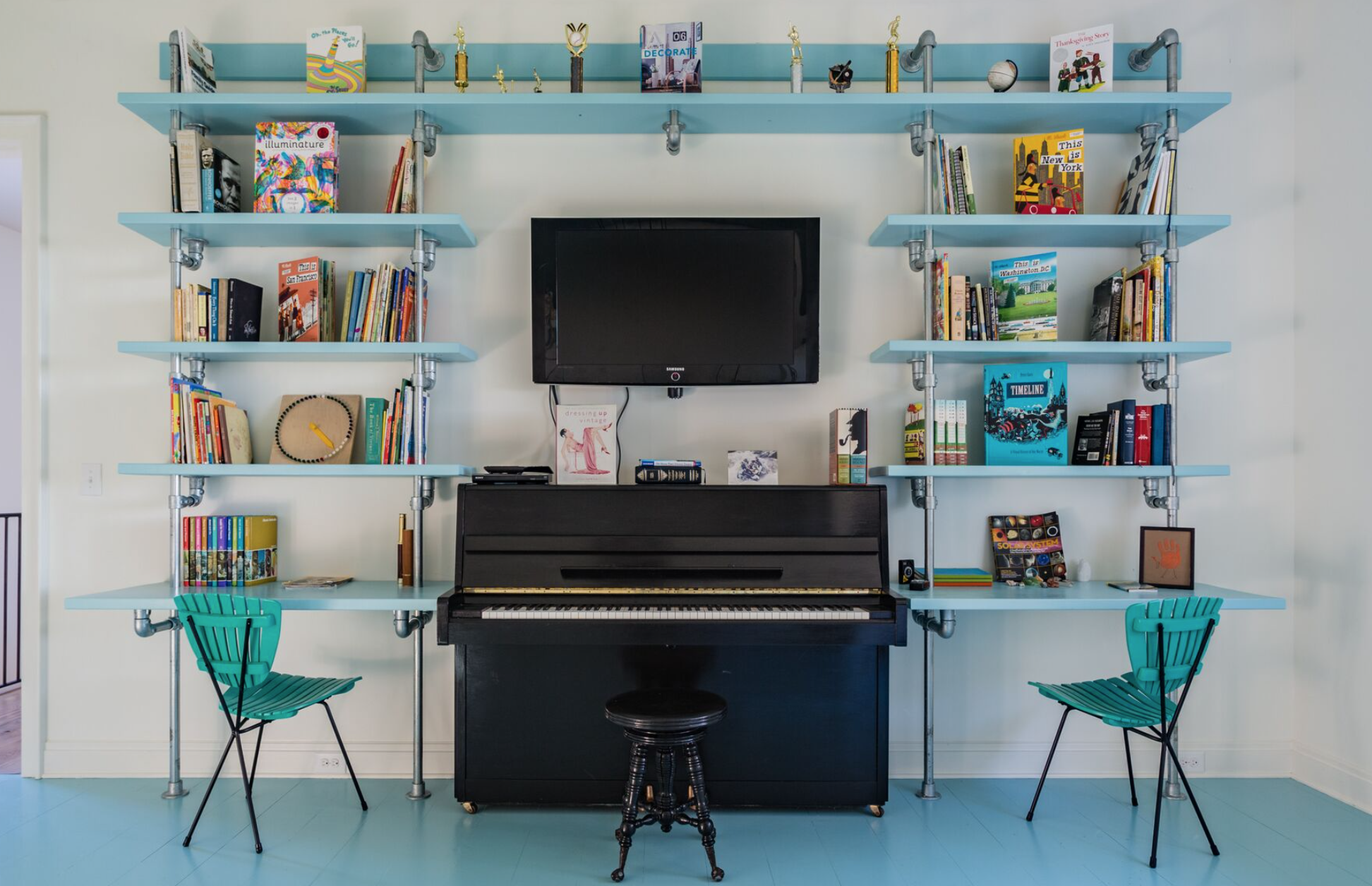 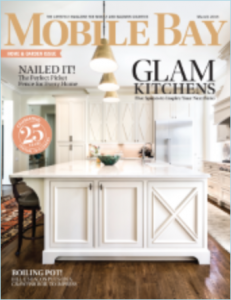 The efficiency of the home is evident around the entire property. It received Fortified™ Gold certification for its resilience against hurricanes and high winds, is heavily insulated to prevent heat from seeping indoors during summer months and, because of a well-sealed building envelope, is approximately 50 percent more energy-saving than a home built just to meet current building codes. Additionally, rather than diverting away from the property toward the Bay, rainwater infiltrates through the landscape so it filters naturally rather than bombarding the coastline with runoff.

The high ceilings, deep overhangs and metal ornamentation were implemented from the front of the home all the way through. The design mimics the welcoming nature of old train stations; the simplicity feels inviting rather than obtruding.

Pops of color and industrial vintage accents embellish kid-friendly atmospheres throughout the second floor. No room is more reflective of playful youth, though, than the family-favorite bunkroom.

Other favorite features of the home include the kitchen, the mudroom and the direct view of the Bay from the open center of the house. All of these elements were strategically planned and unhurriedly executed to bring the house from a dreamy vision to a tangible reality. Working slowly gave the family time to find the perfect pieces, establish the perfect structure and transform the space into the perfect dwelling. (Written by Hallie King for Mobile Bay Magazine)